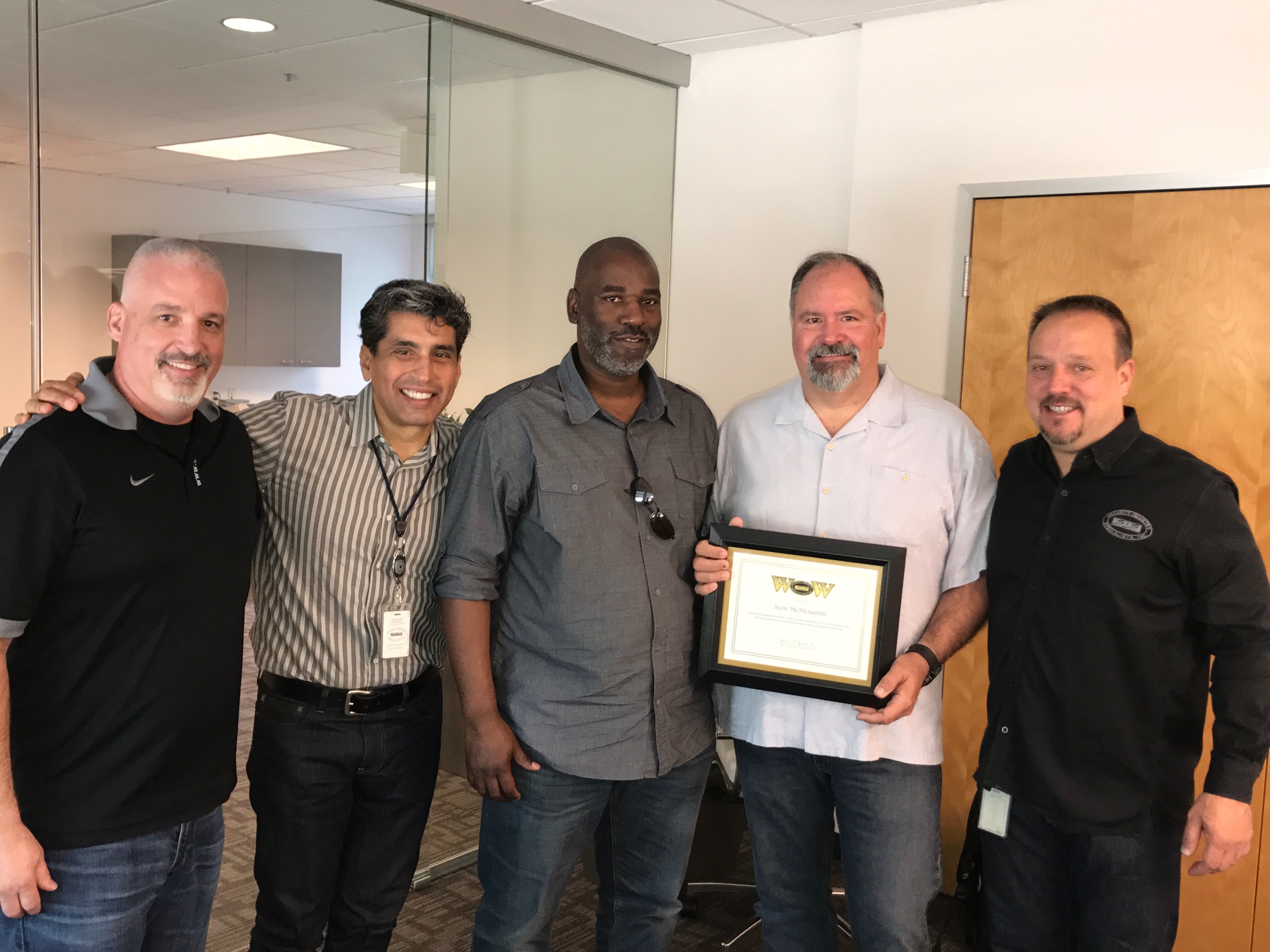 The “Wow” award highlights a Security Industry Specialists employee who has truly gone above and beyond their job duties to solve a problem.

Nominated by his supervisor Keith Jacobs, Officer McMenamin assisted the Palo Alto Police Department in arresting 3 suspects in the burglary of a client vehicle. After a confrontation with the suspects,Officer McMenamin immediately notified the local police department with a complete and detailed summary of the incident, including descriptions of the men and a license plate.

In his nomination form, Jacobs explained why McMenamin’s actions were worthy of recognition:

“ODO Sean McMenamin actions illustrate his professionalism, dedication and desire to perform his duties at the highest level. When ODO McMenamin encountered the burglary suspects he followed procedure made all the necessary notifications and as a result created a deterrent factor without escalating the danger factor to himself or our clients. ODO McMenamin used his flashlight to alert the suspects that they were being watched and gave them an opportunity to quickly leave the scene safely without further incident.  Even though the lighting conditions were low and the suspects were leaving the scene at a high rate of speed, ODO McMenamin was alert and poised enough to get detailed descriptions of all the suspects and their vehicle (including the license plate number, vehicle damage, suspect clothing, hair styles, heights and weights).  This information proved to be invaluable to the police because it led to the quick apprehension and arrest of the all the suspects involved.

Not only did ODO McMenamin’s coolness under pressure lead directly to the arrest of all three burglary suspects, his actions helped protect the neighborhood and our client’s property. But most importantly, ODO McMenamin’s alertness showed our clients that our ODOs are ever vigilant in the performance of their duties to protect them and their families. Adding to our client’s piece of mind and security is in keeping with the highest standards of SIS and is deserving of the SIS WOW award.”

McMenamin received a plaque commending his service, a $500 check and a place at the yearly “Wow” awards dinner. Congratulations Officer McMenamin!